My post title makes me sound so fancy, doesn’t it?!?  I should mention Betsey Johnson and The Plaza every day!

Well, unfortunately, I’m not hanging out with Betsey or living at The Plaza; but I did get a chance to see her signature Eloise Tree last weekend in The Lobby of the famed hotel. 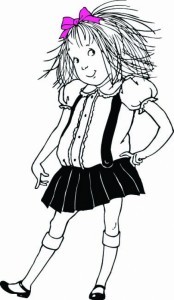 And, of all the spectacular things we saw on our trip to NYC, I think it was one of my favorites.

We happened upon it, really.  I had no idea idea there even was such a tree!  If I had known, I can assure you that we would have made a special trip to see it.  Eloise is one of my daughter’s favorite characters.  And, I have to admit, I also LOVE her. I get the biggest kick out of her.   From her messy hair to her un-tucked shirt, she’s unpretentious and authentic, something so rare in young girl literature and movies.

I also adore that delicious Eloise imagery – those gorgeous, whimsical illustrations against the bright pops of bubble gum pink and black. 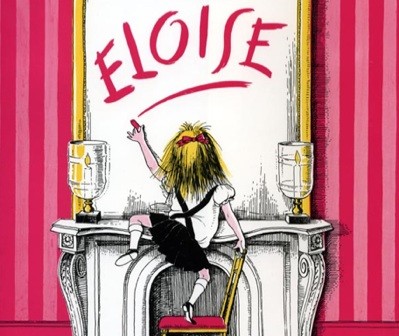 Eloise is a fictional character first introduced in 1955 in storybook by Kay Thompson. Eloise’s antics have since been the subject of a book series and several kids’ movies. She’s a spunky, precocious 6-year-old who lives with her pets and her “rawther” British nanny in a “room on the tippy-top floor” in Manhattan’s pricey Plaza Hotel, which she endlessly roams in search of adventure. (Source: www.eloisewebsite.com).

As luck would have it, we ended up in front of The Plaza after a carriage ride in Central Park.

When my daughter and niece (who are aged 7 and 10) asked to have their picture taken on the steps of the famous hotel, I’ll be honest, I was hesitant.  I just assumed The Plaza entrance would be off-limits to camera-toting tourists with giggling little girlies. I’m a geeky rule follower like that, haha.

Feeling like trespassers, I rushed them up the steps, and snapped a few poses, before telling them something like “Come down before you get in trouble!”; my fear clearly the result of watching the Eloise movies too many times ;-). 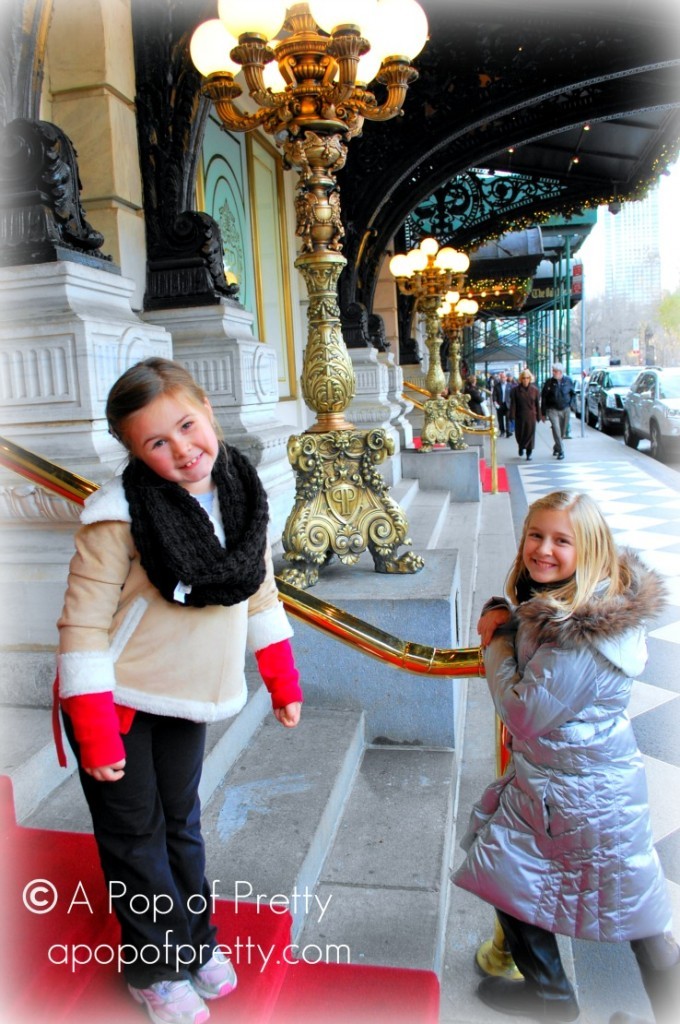 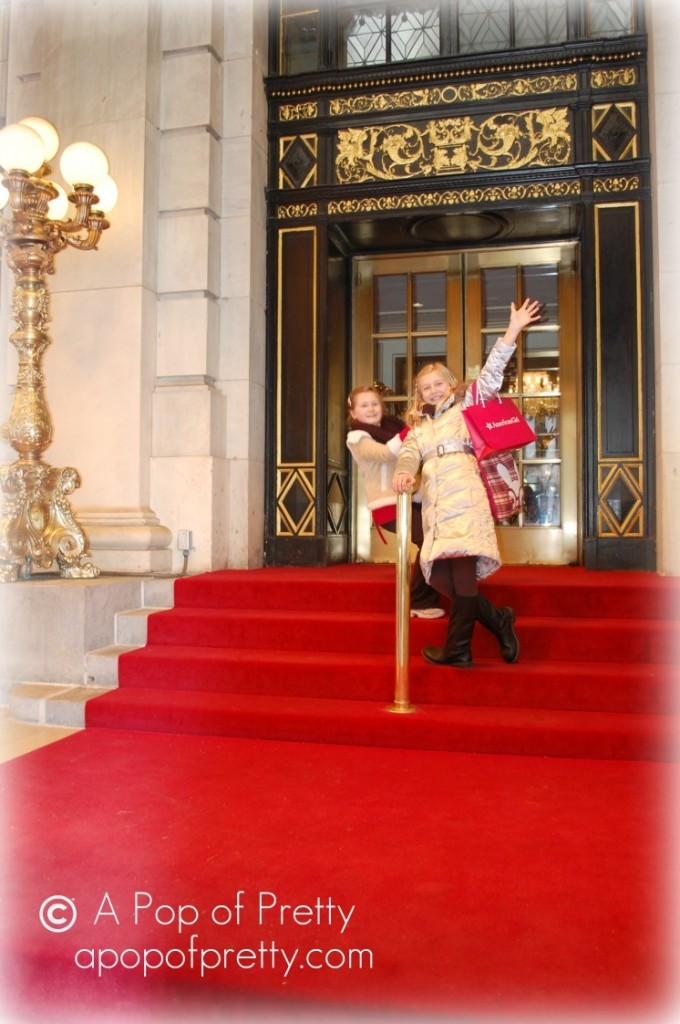 So, you can imagine how surprised we were to see a flow of regular-touristy-looking people (just like us) in and out of the hotel doors!  Could it be that we were actually invited into the The Lobby of The Plaza? Still a bit hesitant, we followed the crowd.  Yes, indeedy, we discovered The Lobby was open to the public!

The first thing we noticed was the absolutely spectacular chandelier.  And if you know me (and my house), you know I have a soft spot for crystal chandeliers.  This one rocked. 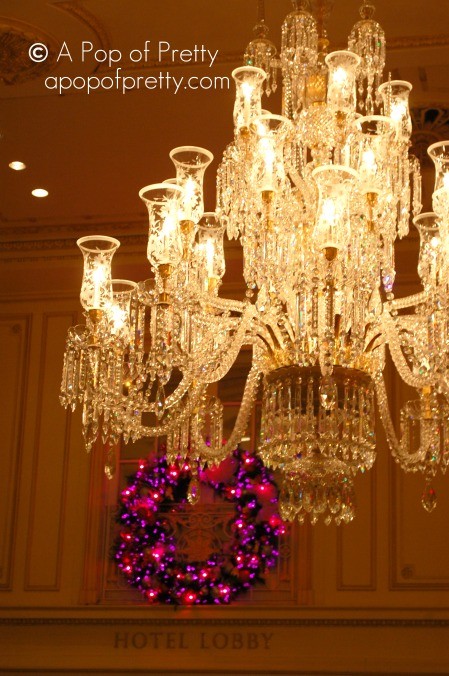 Given that it was The Plaza after all, the next thing I expected to see was some grand Christmas tree, perhaps adorned in gold and crystal.  But instead, we were met with something totally irreverant and unexpected…

A magical display of pink lights and feathery boas… 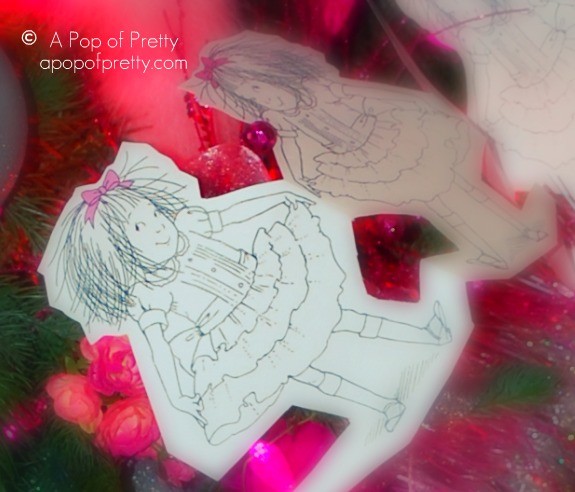 …and topped off with an Eloise doll wearing a pink fairy dress! 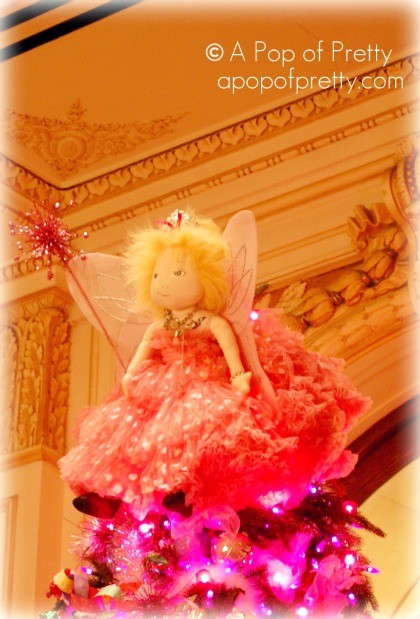 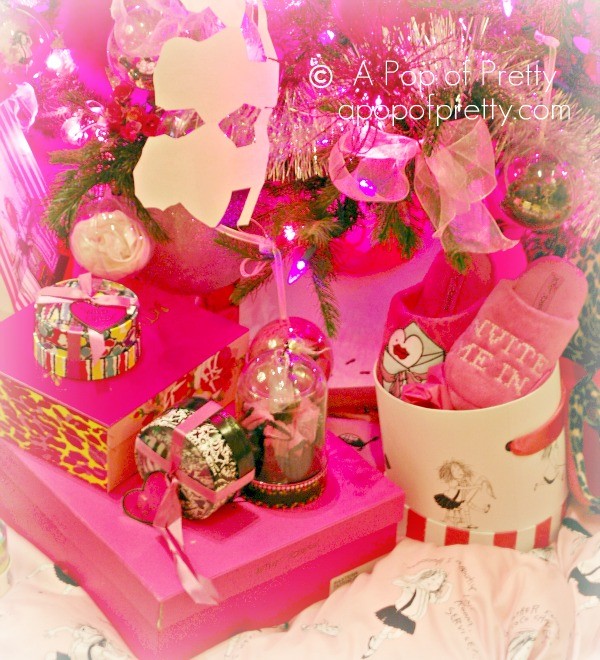 We noticed that the tree was created by fashion designer Betsey Johnson, which only made me like it more!  When I think “Betsey Johnson” words like irreverent, fun, and girly immediately come to mind, which was everything this tree embodied, and more. 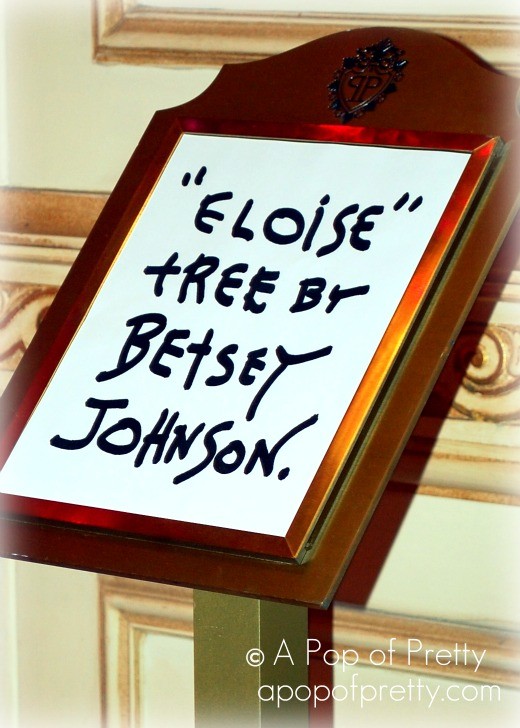 Eloise and Betsey Johnson seemed like the perfect pairing!  In fact, I just found a Wall Street Journal article written about the Eloise tree that described Betsey Johnson as “Eloise incarnate”.

“Johnson and the fictional six-year-old resident…share more than just a mop of raggedy, blonde hair. They both embody a precocious, do-as-you-please attitude, disregarding the rules and the stiffs who make them.” Source: The Wall Street Journal.  Read the article here.

When it comes to decorating (whether its a room or a Christmas tree), I love irreverence. I think that’s why this tree struck all the right notes with me.  Kudos to Betsey Johnson and to The Plaza for creating the unexpected.  It was a real treat!