How to Make a Leprechaun Trap! {St Patricks Day Fun}

Around this time each year, Miss G (now 8) begins drawing up her plans to make a leprechaun trap for St. Patrick’s Day.  Every year since she was 3 or 4, she’s tried to catch one! I’m not really sure how or why this tradition began in our home.  It’s certainly not an idea that I planted. Let’s face it, I’ve got enough little beings to care for around here already; I don’t need a leprechaun too, lol!  But she goes about it with the same excitement as finding her Elf on the Shelf every morning during Christmas, so who am I to interfere! 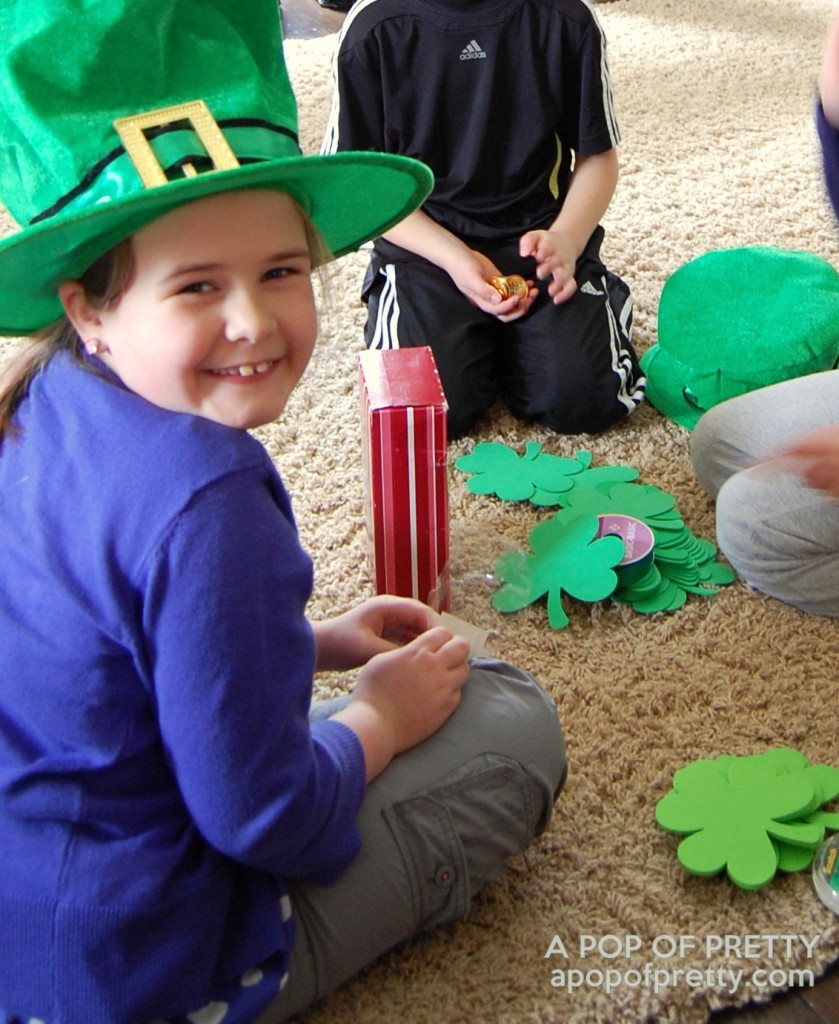 Last year, she enlisted her cousins to help!

. You’ll see lots of elaborate schemes out there for a leprechaun trap.

But all you really need to lure a leprechaun is an empty tissue box, some things to decorate it, and a good dose of sneakiness. . 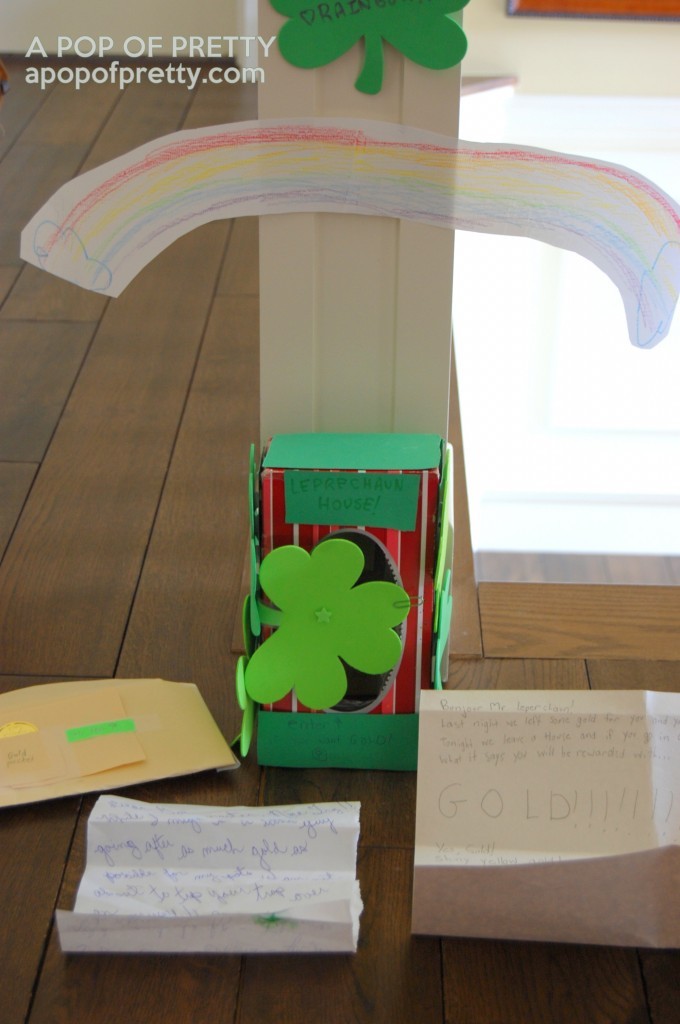 What is a leprechaun? The leprechaun is a character of Irish Mythology. He is about 2’6″ (75cm) tall. He is very rich but extremely tricky and if you catch one don’t take your eyes off him, or he will disappear! He is a very slick talker and loves a bit of fun.  Source: The National Leprechaun Museum, Dubin, Ireland.

.While Miss G hasn’t caught one yet, she’s come close!

We’ve found a trail of green glitter on several occasions, and last year, he left a note! (See end of post.)

Here’s what seems to work the best to trap the leprechaun.

Leprechauns are greedy, and they’ll do just about anything to add to their fortune.

On the first night, leave a note that explains your offer! 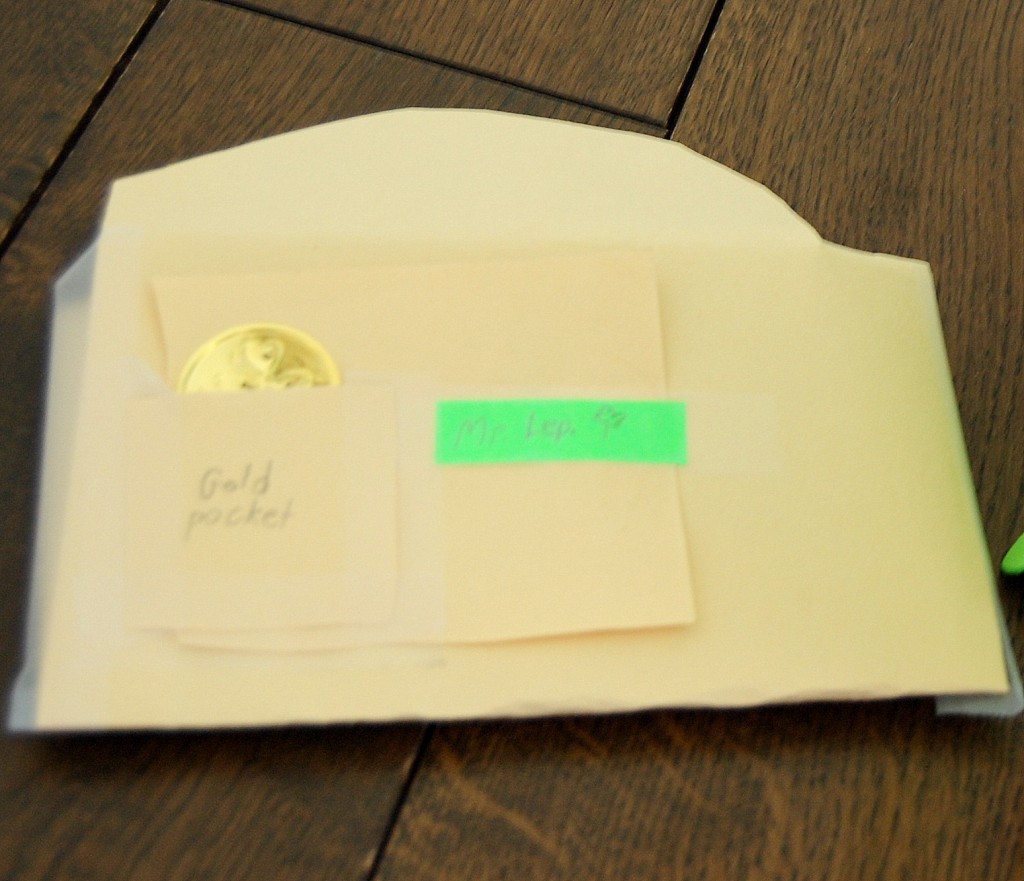 Give him a small amount of gold on the first day, and then set the leprechaun trap the next! 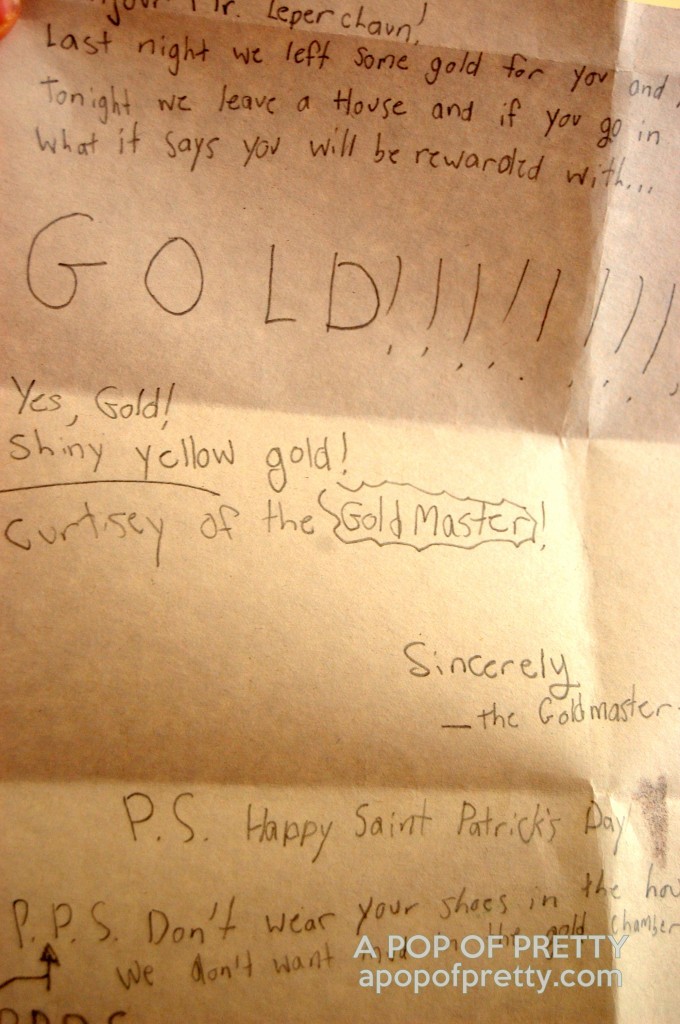 You’ll note that at the end of the letter, Miss G and her cousins requested that he please not wear his shoes in the leprechaun house. LOL.  Those kids are well-trained!

Make a door that is easy to open, but more difficult to get out. A shamrock usually works well.

A leprechaun can smell gold from a mile, so don’t forget to stuff some inside.

Cover the floor with something sticky – like double-sided tape!

4. Surround the trap with a rainbow.

A rainbow will make him feel at ease.  It’s easiest to trap him when he’s relaxed, and his guard is down. 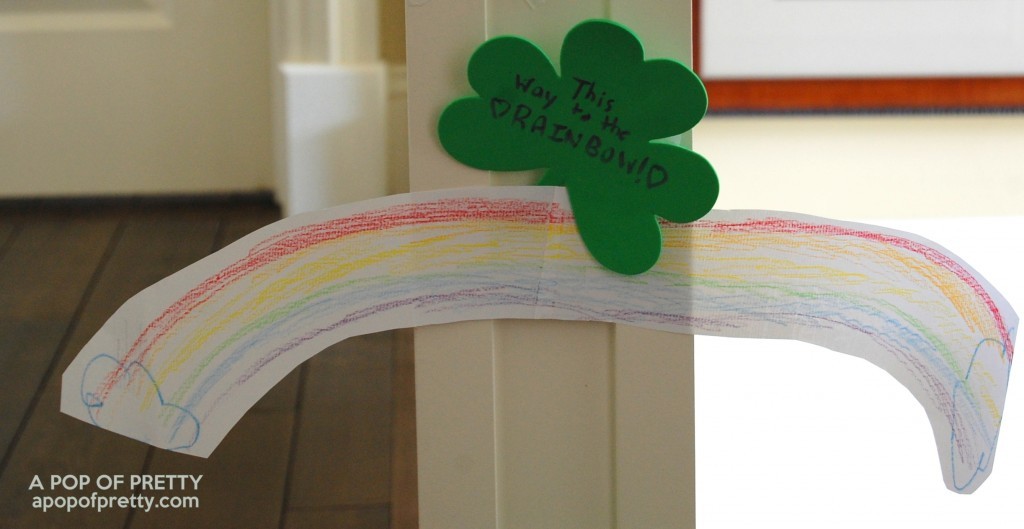 If you’re lucky enough, you might just catch one.

The next best thing?  A note that shows you almost did! 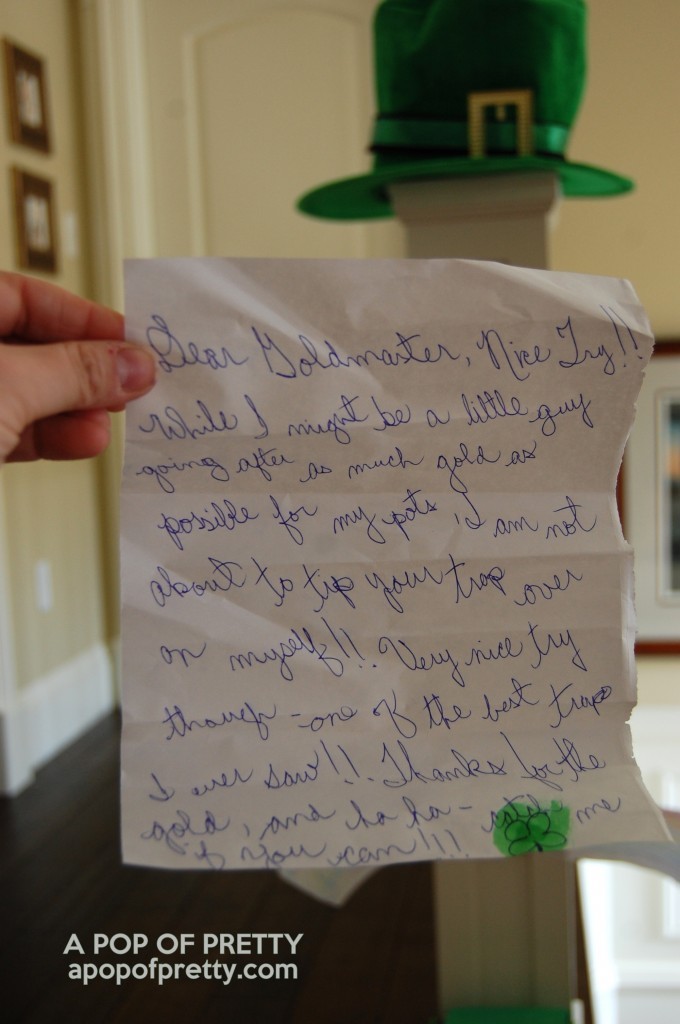 No doubt, Miss G will be ramping up her leprechaun chase this year!  I’ll keep you posted on whether she catches one.

If you’re feeling particularly creative, you might want to make a leprechaun trap cake.  Check out this fantastic work of art I came across in my web travels!  And, the best part?  The inside is a rainbow!  Source: Not Martha (notmartha.org). Full tutorial can be found here.

While they’ve become a popular St Patricks Day icon because of their role in Irish mythology, leprechauns don’t have any real connection to the holiday.

Want to learn more about the leprechaun? Check out the National Leprechaun Museum in Dublin, Ireland!