Halloween is over, and my decorations are already getting packed away for another year.

You know what that means don’t ya?  Yup, next up: Christmas!

Although Christmas decorating is my weakness, I will try and show some self-control, and hold off on any holiday decorating for at least another 3-4 weeks.  But I can still talk about it, right? (For whatever reason, I know some people get all squeamish about talking about Christmas too early.  I’m NOT one of those people, lol.)

This year, we’re going to have a second tree for the first time in awhile.  We recently developed our basement space in our new home, and that means we finally have space again for a fun ‘kid tree’.

Well, last Christmas, I fell in love with Funky Junk Donna’s “Who-ville” tree.  Did you see it?  It was a fan-tab-u-lous display of Grinch-like ‘stuff’ – adorned with rusty gears, old license plates and treasured family relics.  It even had the characteristic Who-ville swoop at the top! 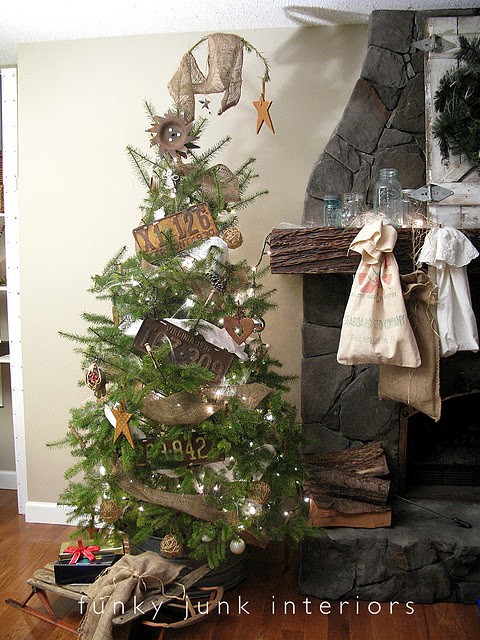 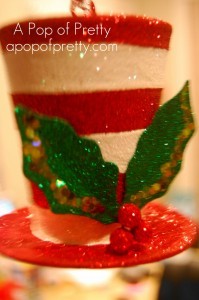 Well, The Grinch is little Miss G’s  absolute favorite Christmas movie.  During the season, we watch it over and over and giggle each time like it was our first.  So when I saw Donna’s Who-ville tree, I knew I’d somehow have to create my very own Dr. Seuss-inspired version.  Less funky junk, and more Cat in the Hat. Of course Mr. Grinch will be included, but I also imagined pulling in some other Dr. Seuss characters and colors!

I’ve been collecting ideas and ornaments ever since. Yes, ever since last Christmas, I’ve been imagining this tree.  (I swear the more I think about it I really should have called my blog “The Decorating Geek”!) 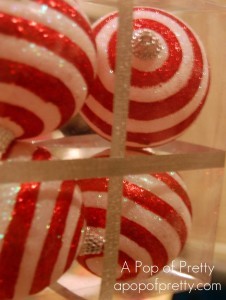 I’ve got so many ideas on how to use these Dr. Seuss foamies (from Michaels) that my head might explode! The package even includes all the book covers! BTW, did you know that there was a Dr. Seuss book called “Sneetches”? You learn something new every day! 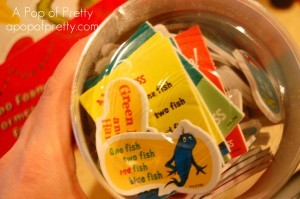 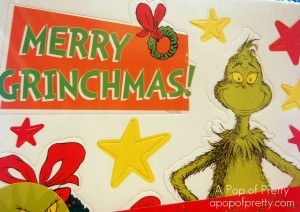 Anyway, I am totally excited about pulling it together. I hope it turns out like I imagined, and that the kiddies will like it as much as me, lol. (Oh, and I also hope that my two-year twin boys won’t destroy it!)

So are you getting excited about the Christmas season, or are you one of THOSE people who’d rather not think about it until December?!?

Have a great night.
~Kerri

Post-Script: To see how the tree turned out, click over to How to Make Dr. Seuss Christmas Tree Decorations: A Tutorial!

« 31 Days of Vintage Home Decor Ads: My Final Post!
Our Twin Boy Nursery (Room Tour): Must you change so soon? »