I’m determined to keep on rocking my “31 Days” series on Vintage Home Decor Ads, despite my distraction with Halloween decorating!  Tonight I’m posting three vintage paint ads, so I can get all caught up! 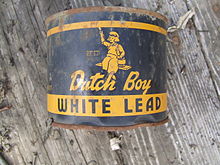 This first ad from Dutch Boy is really interesting!  I love the fact that, even back in the 30s, the idea of using high quality paint was just as important as it is now.

But the thing that really stands out in this ad like an elephant in the room is the word “LEAD”!  Back then, lead was added to paint to make it brighter and more durable.  Obviously, that was long before it was realized that lead paint had detrimental environmental and health effects.  (Lead has been banned in household paint since the late 70s – Source: wikipedia.)

The headline is a little ironic, isn’t it?  Knowing what we know now, using ‘cheap paint’ was probably a whole lot less of a nightmare than using lead paint! 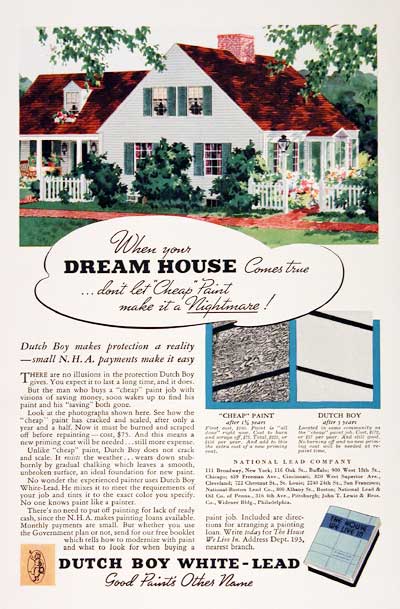 The next ad is a 1950s ad for Benjamin Moore! It’s such a happy ad. I just love the bright colours!  It’s also pretty interesting that the female is the DIYer in 3 out of 4 examples!  If you’ve been following along, you might remember that I talked about that 1950s trend earlier in the series on the post about linoleum floor tiles!  Go ladies! 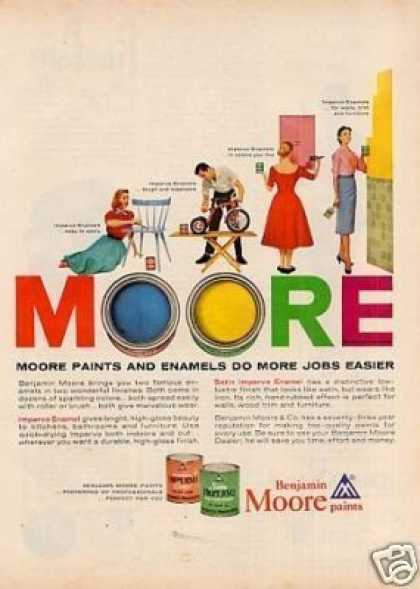 Finally, the last ad is another Dutch Boy ad, but this one came about 20 years after the above ad, in the early 1950s.  I also mentioned earlier in the series that white painted kitchens were trendy in the 50s for several reasons, but mainly because a sanitary kitchen was highly valued as a weapon against deadly diseases like influenza.  White kitchens were desired because you could better ‘see’ dirt. Funny, isn’t it?  I’m thinking it was probably the dirt that they couldn’t see that was the problem!  But in any case, I’m all for a white kitchen! 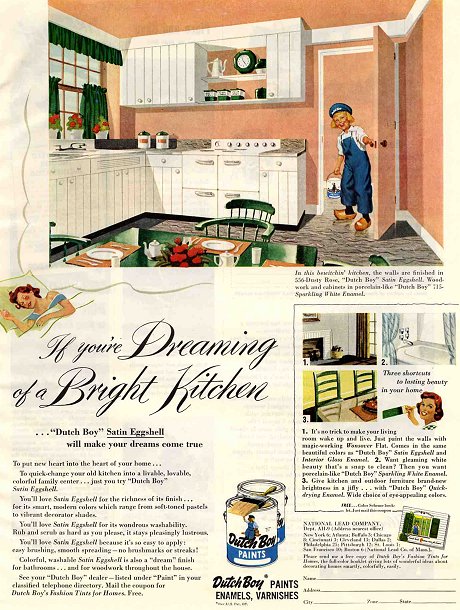