Tonight, I’m going to show you how to make stylish, vintage looking- “EAT” letters (E-A-T Letters) for your kitchen.

Given my lack of time for crafting recently, I considered buying the letters if I could find what I was looking for. Etsy had lots of great options, but nothing was exactly what I had imagined. And, the ones that were in the right category, cost a lot mote than I was willing to pay. So I decided to try it out myself. 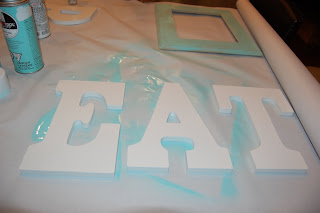 They weren’t exactly the font I would have chosen, but the choices were limited.

Next I sprayed them with a coat of Robin’s Egg Blue spray paint and waited for them to dry.

Next came the crackling coat, which I painted on with a small brush.

An hour later, that was dry, and my letters were ready for a top coat of white a 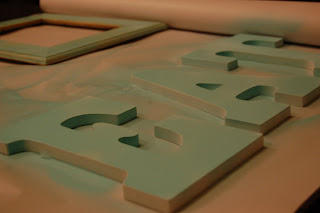 crylic which I applied by brush (I find that a spray top coat doesn’t work well when crackling).

When the crackling coat had worked it’s magic on the white paint, and it had dried, I took out a pair of scissors and used one of the blades to sand the edges of the letters to give them a more authentic and aged look. I’m not gonna lie, that’s when things got messy! 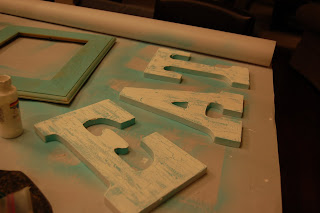 When that was completed to my satisfaction, I used some chocolate brown stamping ink on a sponge to add an even greater aged effect to the edges.

The final step was a top coat of clear spray varnish, and presto! I had my vintage EAT letters for a fraction of the cost. They turned out just as I had imagined! 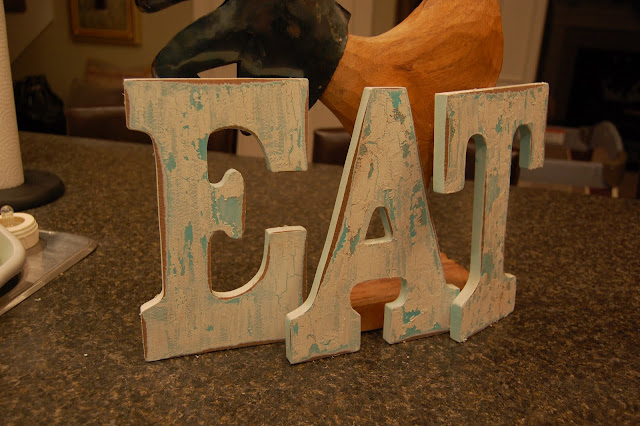 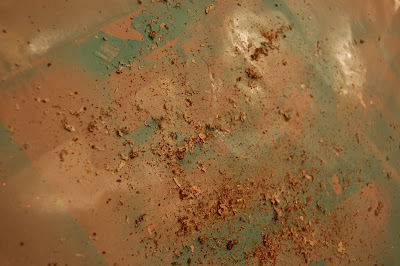 Now, the big question becomes, where to put them in my kitchen!