Let’s face it:  We spend a lot of time (and money) decorating babies’ nurseries for the amount of time they’ll use it!  Funny isn’t it? When you’re pregnant, it seems like ‘The Nursery’ is going to be a permanent thing.  Every little detail is planned out with the precision of shuttle launch, and we easily justify dropping more cash on it than our own bedrooms  (“because they’ll only be a baby once” :-))

But time flies, and within just a couple of years, Mr. Monkeypants is climbing out the crib that you just put together (or so it seems) and he now wants a Lightning McQueen bed, and the whole room needs re-thinking.  I learned this lesson on my first child (now 8).  So when the time came to decorate our twin boys’ nursery just over 3 years ago, I tried to choose nursery decor that would work well in a toddler room too.  It just seemed like such a waste to have to start from scratch again within 2 years. 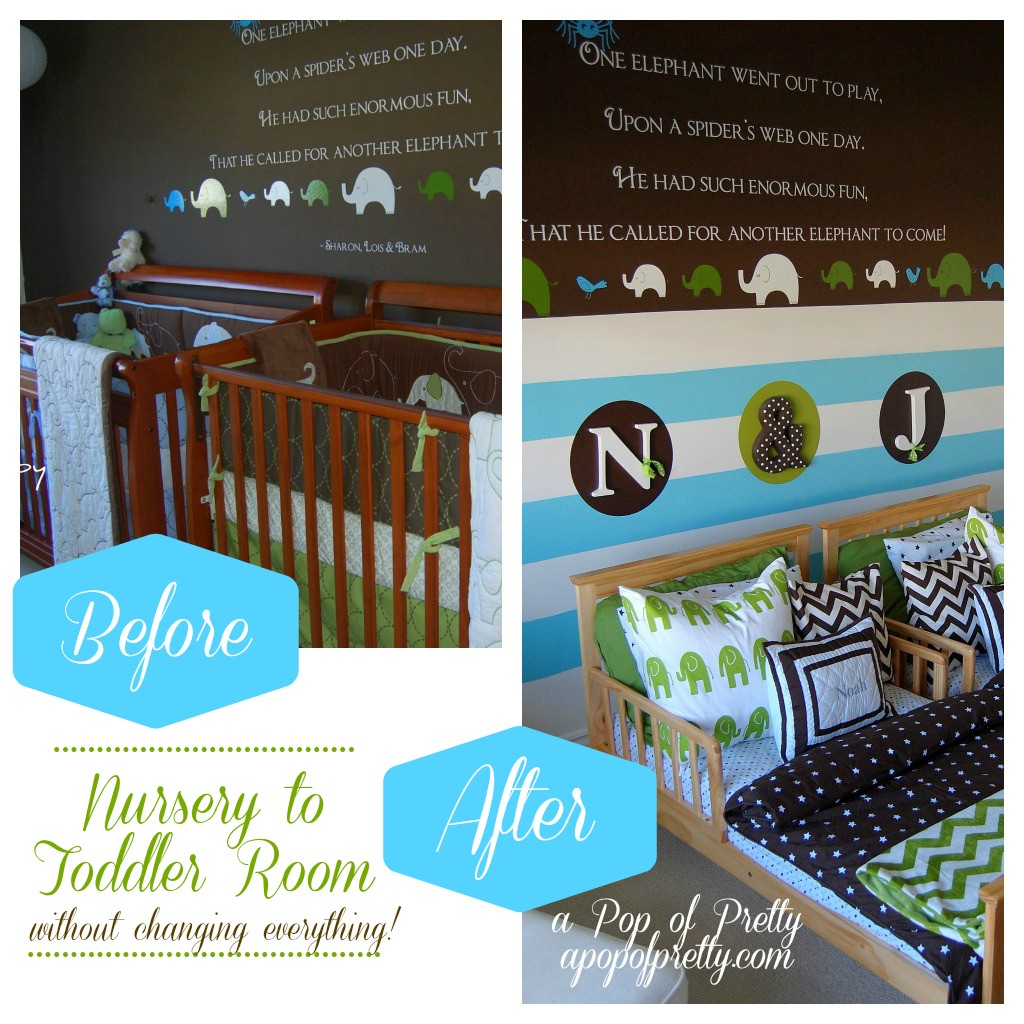 Well, recently, the time came when we could no longer keep the boys in their cribs. When Noah greeted me one morning holding a large bolt to Jack’s crib, I figured that it was probably time ;-).

First things first.  I had to do something about that chocolate wall!  OMG, what a mess. You can’t even imagine. I swear some nights they’d throw their bottles at the wall just to see who could splat more milk.  But I was still much too sentimental about that large ‘elephants’ wall quote (which I’ve  talked about here a few times, most recently in the post Elephants, spiders and the ’80s) to paint over it yet.  So, instead, I decided to re-paint only the part of the wall that was the messiest with large horizontal aqua and white stripes.  This gave the room a fun punch of new color, but allowed me to salvage the wall quote.