Sorry for the delay in posting Day 27 of my “31 Days” series on vintage home decor advertising, but I literally broke my blog.

{I went snooping around in the back areas of my site where I shouldn’t have, and played around with a bit of code, just cause I’m curious like that, lol.  Um, BIG ooops. Who knew a few misplaced punctuation marks could break a web site?!?  Well, apparently, coders know that.  And thank god for them.  They fixed it all up for me, but only after an hour or two of cardiac arrest.  Oh the joys of owning a self-hosted blog!}  But I digress.. 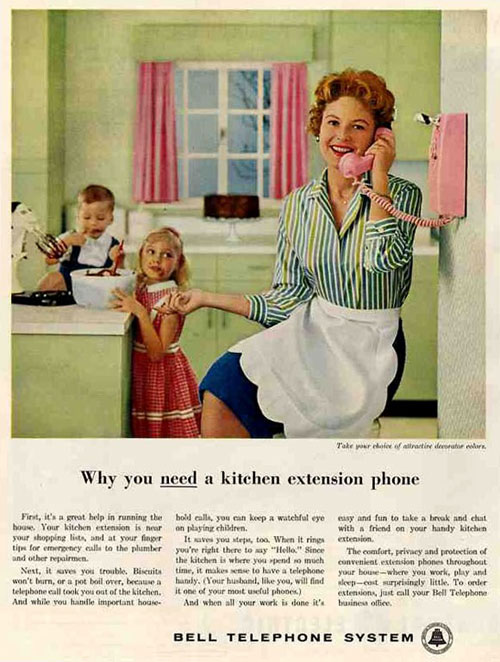 As a little celebration that my blog crisis was averted, tonight I’ve got some absolutely gorgeous late 50s to late 60s telephone ads.

Telephones might not be considered home decor accessories today (in most homes anyway), but they were all the rage in mid-century homes.

This first ad is from the late 50s (maybe 1959?). Long before the invention of cordless phones or Blackberries, I bet the idea of having a second telephone line in your kitchen was a real luxury to the ’50s Housewife!

The ad markets the benefits of “a kitchen extension line” as a way to better run your home. It also touts the fact that a pot won’t boil over because you won’t have to leave the kitchen to take a call.  Well, yah, but who’s watching those kids lick the beater while Mrs. Happy Homemaker gossips with  her BFF, lol?!?

I don’t know about you, but I am totally digging that pink phone.  So pretty.

And speaking of pretty phones, check out this next mid-century ad from Western Electric (below).  Aren’t those pretty pastel colors just stunning?  I wish phones like that were still widely available today.  Instead, we have to settle for boring old black or silver. 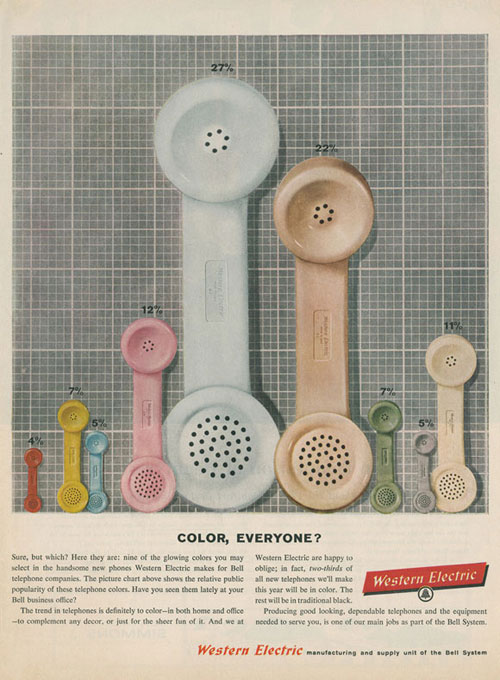 The copy in the ad states that two-thirds of all new phones that Western Electric would produce that year would be colored, while only one third would be traditional black. So cool!

It’s also kinda neat that the ad shows which hues were the most popular at the time.  Over a quarter of consumers liked that icy blue.  That’s my choice too, followed by pink!

Finally…in my web travels, I also tracked down this absolutely fabulous poster which shows how telephones evolved over time up until about 1969. 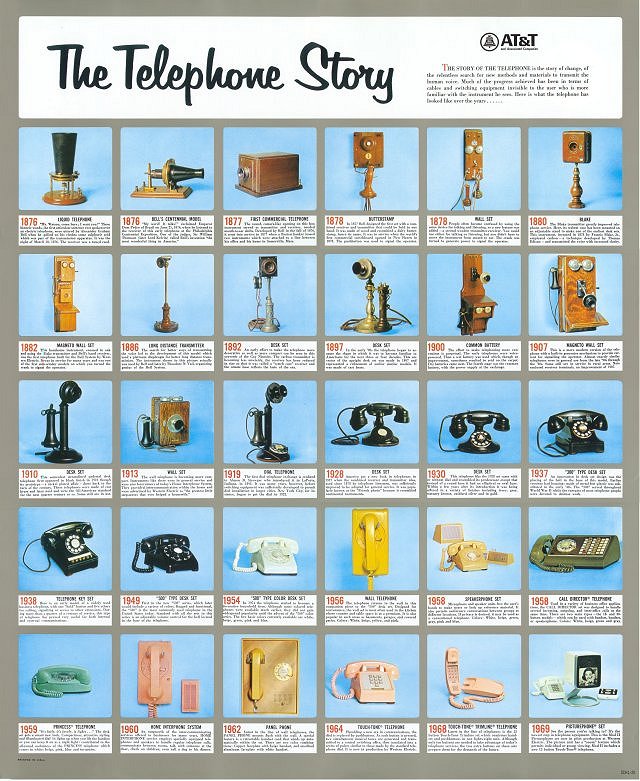 That final 1969 ad on the poster totally cracks me up… 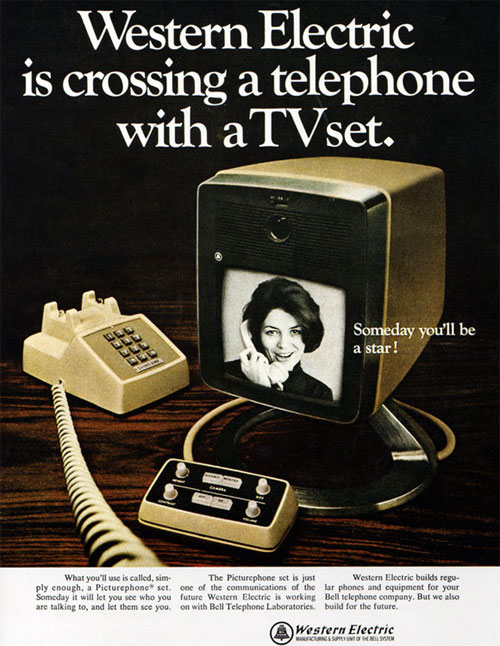 The copy reads “Some day you will see who you are talking to, and let them see you”.

Hope you enjoyed these as much as I did!